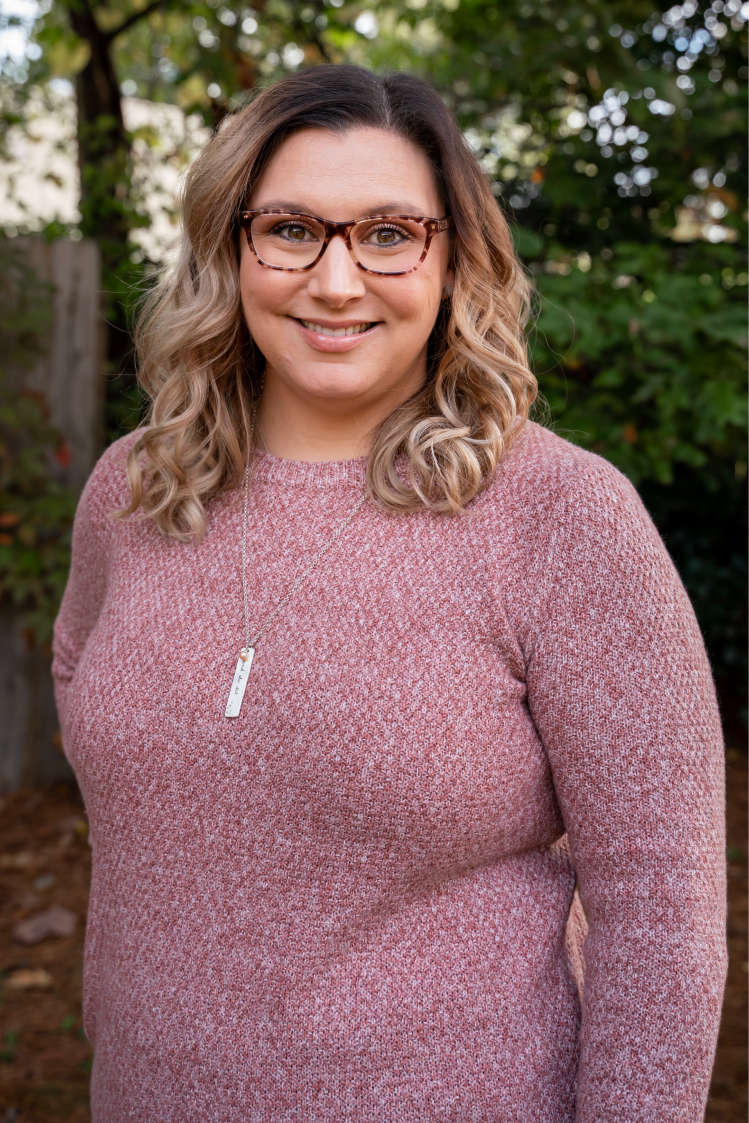 Virginia Long was born and raised in West Tennessee. She majored in Cell and Molecular Biology at The University of Tennessee at Martin and received her Doctor of Physical Therapy Degree from UT Health Science Center in Memphis, TN.

Virginia graduated PT school in 2010 and has treated a variety of populations including outpatient neuro, inpatient rehab, outpatient orthopedic, & pelvic health. Since then, she has completed over 40 hours of advanced course work for pelvic floor evaluation and therapy. She has also completed a 200 hour yoga teacher training certification and loves to incorporate her love for yoga in her treatments.

Outside of the clinic she loves spending time with her husband, Kevin and their 3 children Laney, Jack, & Aila. They also have a Golden Retriever named Boomer. She enjoys yoga and baking in her spare time.